Every Christmas I get so busy, I neglect updating this site.

I have been attempting to duplicate a delectable condiment my Aunt Erlinda brought from Davao.

Here is a recipe that approximate it.

In a shallow pan on medium heat, fry the garlic in canola oil until slightly translucent. Do not brown. Reserve.

Using the same pan, heat the dried fish until browning starts and then add the all the remain ingredients except the olive oil.

Transfer to a closable container and refrigerate for 2-3 days.

Super Grocer & Pharmacy is happy to introduce A Bread Affair. The only commercial bread company in British Columbia to produce a bread made entirely from ingredient within 100 miles of Vancouver City Hall.

Breads made from a slow fermentation process that produces tasty, well textured loaves. Organic, hand crafted and locally produced to world standards and quality.  Come and try a loaf a see if you don’t agree with the food critics and reviewers that selected A Bread Affair as BC’s best bread.

A favorite of many shoppers is our Beef Thin-cut Shortribs.  Many know this cut as “Maui Shortribs”.  Grilled Korean style is a very popular way to cook this cut.  So here is a recipe that comes from a Korean shopper.

Marinate:
Add one pound of thin-cut beef shortribs and marinate overnight in a sealed plastic bag in the fridge.  Reserve half the green onion as a sprinkle over the cooked ribs.
Grilling:
Take out two hours before cooking and allow the meat to come to room temperature.  If the shortribs are cut very thin( ½ to 1 cm thick ), grill over high heat for one minute on each side; if they are 1 to 2 cm thick, then place them over medium heat and cook for 2 to 3 minutes each side, turning each minute.  Choose thicker cuts of over 1 cm, the slower and longer cooking times develops a richer flavour and retains more moisture.
Sprinkle with finely chopped green onions and rest for 2 minutes before serving.

Burro Bananas are similar to plantains, a starchy flesh that lends well to cooking.  Can be prepared and substituted for potatoes in many dishes, but it is best ripened to when the fruit is soft.

Ripening can take time and can be helped along by sealing the fruit in a plastic bag with a conventional banana.  The fruit will be a molted brown or even black when Burro bananas are ready to cook.

In South America as well as in the Philippines, these bananas are sliced along it’s length about half a centimeter thick and pan fried.  Sprinkle with sugar immediately after removing from the pan.  Another common practice is to boil the whole banana in the skin and then eaten like baked potatoes.

Before discussing what qualities are used to differential grades of beef, a short introduction into cattle production will help.

Cattle raise for beef starting from calves are place in a feedlot.  They are fed grain, usually wheat, until they are ready for market.  There are also grass fed cattle that are then place in feedlots for finishing – that is fed grains to whiten the fat that otherwise will be yellow.  For the majority of beef from Alberta, where most of our beef comes from, 70% – 75% are of the Angus breed.

Cattle for beef are fairly young, less than thirty months old.  Grades of beef are primarily segregated based on how much, what size and distribution of fat deposited in the rib eye muscle of an animal – called marbling.  In general, Canada Prime has the most marbling, followed by AAA, AA and A.  Sometimes, there maybe lots of fat in the muscle, but the fat deposits are too large or is not evenly distributed across the muscle, this lowers the grade.  At Super Grocer & Pharmacy, we primarily sell grades AA or AAA, with the intent to balance between tasty meat and lean meat.

Dairy cattle is sometimes sold to retail customers.  Some are “finished” with grain feed to whiten the fat and others are sold with their “natural” yellow fat.

Grass fed cattle is considered healthier than grain fed.  Grass fed cattle yields a leaner beef and meat that have an almost ideal ratio of omega-6 to omega-3 fatty acid, 2:1 or better.  Unfortunately, we have grown accustomed to the tender and the mild taste of meat from grain fed cattle. 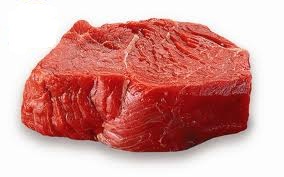 New Zealand is a small country composed of islands.  They have smaller pastures and grasslands and limited grain production.  Cattle is grass fed, minimally finished with grain and typically brought to market when twenty-four months old – younger, leaner and healthier.  New Zealand beef is tender, lean and has a mild flavour.  Super Grocer & Pharmacy carries beef from New Zealand.  Check our meat counter for cuts ready to grill.  Click here for recipes.

On July 23, 2011, a Saturday, Brian from Natural Harvest will be sampling Rice Bran Oil.

Rice bran oil starts to smoke above 250 degrees C, allowing foods to be fried for shorter periods and to minimize oil absorption.  The slight nutty flavour of the rice bran oil enhances food flavours; ideal for marinades and vinaigrettes.

Brian will be demonstrating an oil and balsamic vinegar dip for those who would like to experience the unique taste of rice bran oil.

For that one day only, Super Grocer & Pharmacy will be featuring this exceptional oil at an exceptional price of $3.99 for 500ml.